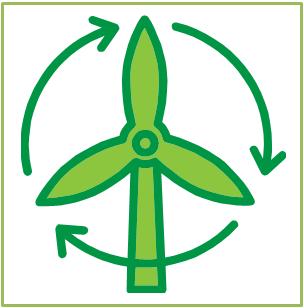 As the UK economy has suffered at the hands of the on-going recession, the energy industry has been steadily growing on the side-lines. According to ‘Renewable UK’, between 2010 and 2014, the number of people working in ‘clean energy’ increased by 74%. With over 50% of employers with teams of fewer than 25 employees, the importance of developing ‘clean energy’ SMEs is an ideal stepping stone to increase jobs and boost the economy across the UK.

With high levels of unemployment a barrier to economic recovery, it is believed that investment in the UK ‘clean energy’ market has the potential to create up to 70,000 additional jobs by 2023; an impressive contribution to the UK employment.

Whilst increased employment in the ‘clean energy’ sector is currently on track to make a positive economic impact, there are clear barriers to growth which must be overcome to achieve the ambitious target of 70,000 additional jobs. The most topical of these barriers is the Government’s recent announcement that they are considering rolling back the current ‘Green Levies’ which are currently available.

Green Levies are an extra cost, levied on household utility bills to pay for schemes including low-carbon energy sources, the ‘warm home’ discount for elderly & vulnerable individuals and ‘smart metering’. The levies were introduced in 2002 as viable method to protect the most vulnerable from rising energy bills and to raise the capital needed to invest in sustainable energy for the future.

This autumn the coalition Government announced a potential review of the levies, to counter the labour party’s energy price freeze promise, as they believe that this will reduce energy bills in the short-term. However, the long-term negativity of this decision is seen by clean energy industry experts, who believe that the proposed reduction in the levies is likely to adversely affect the ‘clean energy’ industry in the form of decreased demand, decreased investment for the future and ultimately job losses; undoing the positive achievements of the sector to date.

To overcome barriers such as the threat to Green Levies, clean energy leaders are urging the UK Government to consider the long-term future of the UK energy industry, sustainable sources and ‘clean energy’ industry employment.

Some evidence of such thought patterns within parliament can be seen in a recent release of possible renewable energy projects which have been highlighted for a potential slice of £33billion in Government funding. Projects which may be eligible for this support include; Chinook Energy renewable energy plants across UK and a renewable energy port facility in Lincolnshire; all of which will boost the clean energy industry in terms of long-term energy security investment and job creation.

This type of investment is a small step towards reducing the UK’s dependence on fossil fuels and imported energy, which are driving prices up for consumers, and must be replicated to provide a truly sustainable energy market for UK homeowners and businesses in the future.

If we are to see the ambitious 70,000 jobs increase and long-term sustainable energy solutions which the UK needs, leaders & decision makers must ensure that when considering any amendments to sustainable energy programmes, such as Green Levies, they consider the long-term impacts and rather than the short-term gains.