Why all the fuss about Climate Change 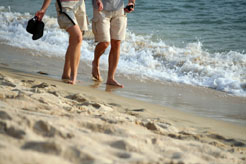 “Essentially, the twin pressures of climate change and energy security are raising energy policy to the top of the agenda in the UK and around the world… If we don’t take these long-term decisions now we will be committing a serious dereliction of our duty to the future of this country.” Tony Blair 2006

The escalating use of fossil based fuels is releasing carbon dioxide (CO2) into the atmosphere at a disturbing rate and causing the temperature of the planet to rise.

“The effects of climate change are now accelerating so rapidly that statistics are out of date before they are printed. Patterns of rainfall are changing, heat waves, floods, storms and droughts are all becoming more prolonged and severe. Sea levels are rising.” Sunday Times magazine November 18th 2007.

The biggest concern is that this environmental phenomenon is largely as a result of human activity!

Individuals, businesses and public bodies are becoming increasingly aware of the need to reduce their ‘carbon footprint’. Whichever way we look at it – it is down to us to do something about this problem!

Eco2Solar can install a solar powered hot water system or solar electricity system in your home, public building or commercial premises giving you a simple, cost effective and hassle free way of reducing your harmful carbon emissions. We can even provide under floor heating or heat your swimming pool with our solar panels!

“I’m optimistic. The important thing is to channel all of our energy into a constructive solution. We face a planetary emergency. But it is crucial to avoid being paralysed by that knowledge and instead feel empowered by it in order to bring about the changes that are imperative now.” Al Gore, Former Vice President USA.

Levels of atmospheric CO2 are higher than at any time in the last 430,000 years. Source: Met Office website www.metoffice.gov.uk

What is the government doing?

Following the publication of the Climate Change Bill and the release of the UN’s Intergovernmental Panel on Climate Change (IPCC) Synthesis report on November 17th 2007 (see details below), the Prime Minister announced that he plans to increase the UK target for reducing CO2 emissions.

John Hirst, Met Office Chief Executive, said: “The Prime Minister’s pledge to reduce emissions by 60% by 2050 is welcome news to all of us. The Met Office has provided evidence that climate change is both unavoidable and significant. There is no doubt that we need to take steps to mitigate the established trends and also adapt to impacts that are already inevitable.”

The European Union (EU) agreed in March 2007 to make it compulsory for 20% of all energy used to come from renewable sources by 2020.

The domestic Renewable Heat Incentive is proposed to commence in spring 2014. In a similar way to the Feed in Tariffs, the RHI will guarantee above market rate long-term payments for installers of solar thermal, ground source heat pumps, biomass boilers and other renewable technologies. It will apply to heating at all scales, from households to public sector buildings to industrial processes in factories.

Most Local Authorities are signing up to the ‘Merton Rule’ which specifies that “all new non-residential developments above a threshold of 1,000 square metres will be expected to incorporate renewable energy production equipment to provide at least 10% of predicted energy requirements.” These ideas are now embodied in Parliamentary Planning Statement (PPS) 22 and the Code for Sustainable Homes. 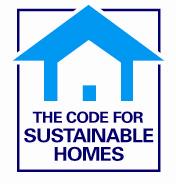 On 13 December 2006, the Code for Sustainable Homes – a new national standard for sustainable design and construction of new homes was launched. Since April 2007 the developer of any new home in England can choose to be assessed against the Code.

The Code measures the sustainability of a new home against categories of sustainable design, rating the ‘whole home’ as a complete package. The Code uses a 1 to 6 star rating system to communicate the overall sustainability performance of a new home. The Code sets minimum standards for energy and water use at each level and, within England, replaces the EcoHomes scheme, developed by the Building Research Establishment (BRE). It will provide valuable information to home buyers, and offer builders a tool with which to differentiate themselves in sustainability terms.

In July 2007 it has been suggested that the Code may be made mandatory. Indeed many Local Authorities are now insisting on compliance with the Code in order for a project to be granted planning permission.

The government has also developed the Carbon Emissions Reduction Target (CERT) scheme which places an obligation on energy suppliers to achieve targets to reduce carbon with a continuing focus on low-income consumers. The scope of the mechanism includes energy efficiency measures, microgeneration and behavioural measures and introduces new approaches for innovation and flexibility.
See www.defra.gov.uk for more information.

What is the latest scientific thinking?

Summary of the IPCC Synthesis report

The Synthesis Report provides an integrated view of climate change based on the findings of the three IPCC Working Groups, which cover the science and evidence of climate change, impacts and adaptation, and mitigation.

“There is still time to avoid the worst impacts of climate change, if we take strong action now. The scientific evidence is now overwhelming: climate change is a serious global threat, and it demands an urgent global response.” –
click here to read more Stern Report 2006

What if we do nothing?

Eco2Solar can install a solar powered hot water system or solar PV electricity system in your home, public building or commercial premises. We can even provide under floor heating or heat your swimming pool with our solar panels!